I have a favorite local pub that specializes in offering a wide variety of craft beers that rotate weekly – they have dozens of taps and whenever I go there’s always a couple beers on special I’ve never heard of.  Let’s just say, it’s not the kind of place you order a Budweiser.  But I was surprised when they stopped serving Guinness to focus their selection toward offering unique flavors from a variety of breweries.  As an American pub, Guinness still seems exotic enough to offer, right?

I didn’t want to order Guiness that night and I have never ordered it there before, in fact I barely noticed it was absent from the list. Yet I was still surprised and annoyed that they wouldn’t offer the “classic” or “go-to” stout. C’mon, it’s a classic.  So what if Guinness is the “vanilla” of the stout world?  Ben & Jerry’s has dozens of flavors and yet they always have vanilla.

Of course, I never order vanilla at ice cream shops either because who wants vanilla ice cream?

It’s just so common and plain.  Multitudes of things have vanilla varieties – yogurts, cookies, cereals, sodas, even alcohols.  Then there are the candles, lotions, air fresheners, and body washes.  If there are multiple flavors or scents available for a product, it is likely one of them is vanilla.

Vanilla has become synonymous with “plain” and in contexts other than just flavors.  A “vanilla” person has a conventional and unadventurous personality type.  A “vanilla” computer game is the original game with no expansions or extras.  It can be used to describe anything that is boring, modest, basic, or simple.

But vanilla hasn’t always had such a boring reputation.  It was once worshiped by the Aztecs as a sacred plant, and when Cortes brought it back to Europe in the 1520s it quickly became one of Spain’s hottest commodities.

Europe’s demands were mainly exported from Mexico because it was difficult to cultivate in non-native regions as it required pollination from a local bee species not found in Europe.  The exotic origin of the plant and the difficulty in its growth and acquisition made it all the more desirable and prestigious.

According to the Totonac, an early civilization that lived in Mexico, the vanilla plant sprung the blood of two beheaded lovers, an immortal princess and the mortal she was forbidden to marry.

In the mid 19th century, the invention of hand-pollination allowed the plant to be cultivated anywhere and global production began. But even with production possible in non-native regions, it was still a labor-intensive process: the flower will die within hours after blooming if not pollinated, the pods grow for 9+ months, and then curing processes take several more months.

Even after vanilla production increased, its price and demand, and therefore prestige, stayed high.

So what changed?  When did “vanilla” stop being a widely sought exotic spice and become the bland flavor we see it as today? 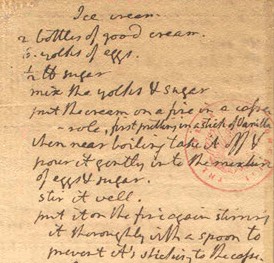 However it is more likely that the high popularity of vanilla is what caused its slow progression towards anonymity and blandness. Vanilla was such a great spice that it was used for everything, but once it was available everywhere it ceased to be special.

Most things now aren’t even made with real vanilla anymore, but rather vanillin.  Vanillin is the main compound in natural vanilla, but while real vanilla extract also contains hundreds of other compounds, imitation vanilla is mainly all vanillin. 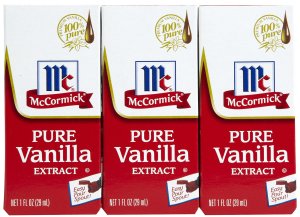 Production of vanillin, which started as a profitable use for certain by-products of the paper making industry, further led to widescale use of “vanilla” as a flavoring, where it eventually faded to a background or complimentary flavor.  Now it seems vanilla needs a special flavor partner to really grab one’s eye – Vanilla Java, Vanilla Caramel, Vanilla Toffee, Vanilla Rum, the list goes on.

But it still holds true that vanilla is the one flavor you can get anywhere, so why get it (insert name of the next bakery or ice cream shop you visit)?  Because really, who is famous for their vanilla ice cream? Or their pastries with vanilla frosting?

But who knows, maybe its absence from the food spotlight for a while will respark our love of vanilla. Maybe when chocolate goes out of style?

Although I doubt that’s ever happening.